The Vee had made the journey from Ann Arbor Michigan back to Illinois and that’s where things got interesting.  After it was decided the cockpit was impossibly tight, the task of creating a new one had to begin.  It was decided early that the 4×4 based steel lower frame rails would stay.  These rails held the front axle/torque tube and rear trailing arm and at the time a Z bar rear suspension setup and would be a good foundation for anything we were to do in the future.  So we cut off everything else. 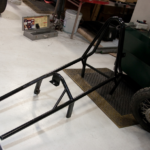 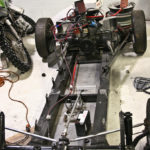 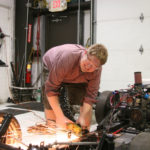 After removing the cage portion of the chassis a new one could be designed within the rules and space available.  At the time it was uncertain what bodywork could or would be used so we threw caution to the wind and started bending tubing around a simple model. 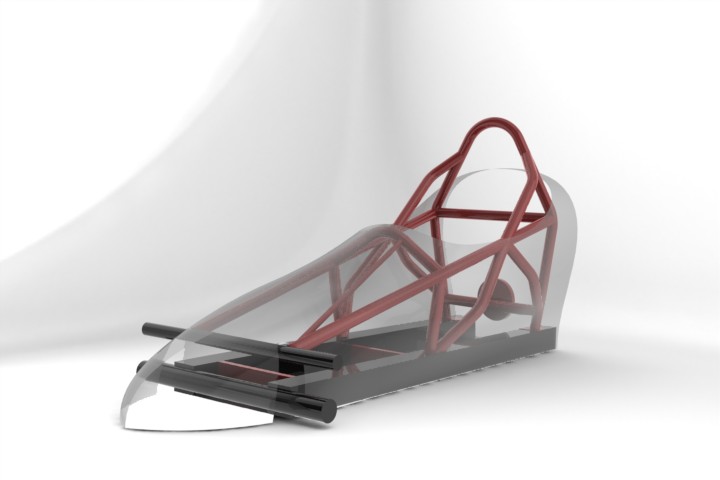 Tube bending turned out great and was done  Competition Fabrication in Maple Park, Illinois.  Initially the welding took place on a table created with ‘horses’ but some of the final features were welded after things were assembled and rolling again.  During this process the pedals, fuel cell, and fire system had components requiring mounting or fabricating and since I hoped to drive the car before moving onto bodywork I had to get some basics in order to provide fuel and spark to the engine. 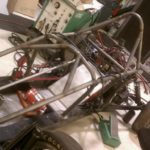 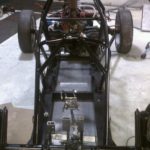 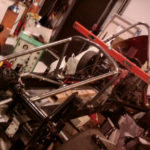 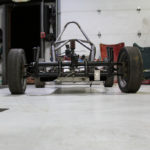 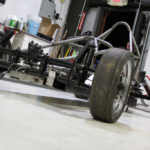 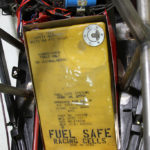 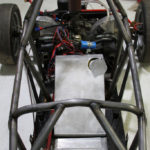