The ubiquity of the telescopic fork is something i’ve always thought to be a curious subject.  The absence of  linkage forks in OEM applications, outside of BMW, and a few other niche products, is often attributed to their ‘feel’ being very different than  telescopic forks.   This difference in feel is related to the objective differences in wheel-path and subsequent wheelbase change during suspension compression in combination with brake isolation, or dive reduction often built into linkage suspension.  Guy Martin, TT Podium master and generally brilliant Brit, talks about his time testing alternative forks and had this to say:

Virtually every bike, except for some BMWs and a few oddball contraptions, have telescopic front forks.  It doesn’t matter if it’s a 125 commuter bike, a Royal Enfield or Marc Marquez’s HRC Honda grand prix bike, they all have telescopic forks, so its’s what everyone gets used to.  As soon as you pull the front brake on a bike with a traditional telescopic forks the weight is thrown forward, making the forks compress and changing the geometry of the bike.  It’s what every racer is used to but its not ideal.  The Britten just stayed flat, not diving onto its nose when I got back on the brake.  There is a little bit of transition but hardly any…..

… After ten laps on the Britten I could understand what Mehew was saying.  It is such an alien feeling, because compared to what I’m used to there is no feeling because nothing dives.  It made me think, if there’s a reason for having a kid… I’d build flat trackers and mountain bikes with girder forks.

Guy Martin:  When you dead, you dead 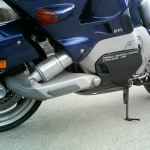 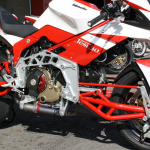 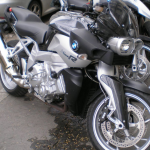 Exploring the roots of these designs brought me to the original  Earles Fork Patent 693,646: Dec. 5, 1950.  Mr. Earnest George Earles stated that the shortening wheelbase, which is a necessary and currently a lived with compromise of the telescopic fork, can be avoided by using a linkage and a swingarm. 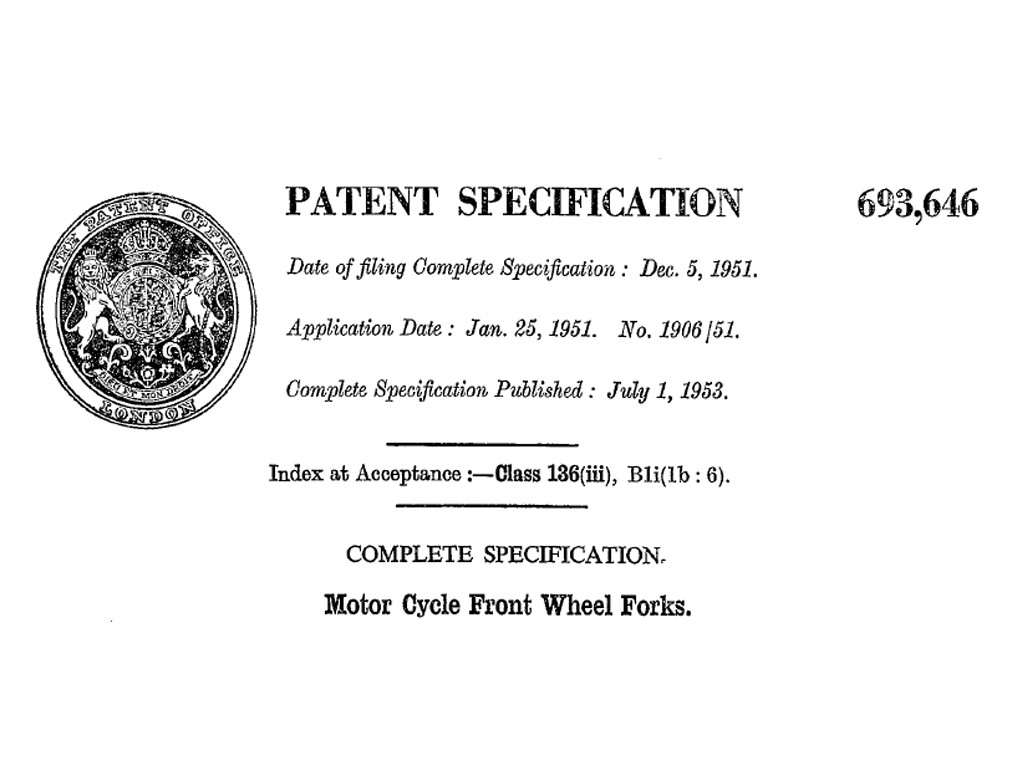 To arrive at this goal the patent describes two parallel  tubes which are mounted to the head stock of the cycle, then project downward and rearward in relation to the wheel axle center-line, ending in a pivot location.  The down tube (fig 1. a) pivot connects to a “sub-fork”(fig 1. f) which pivots forward and is connected to the down tube via hydraulic damper(Fig 1 g). 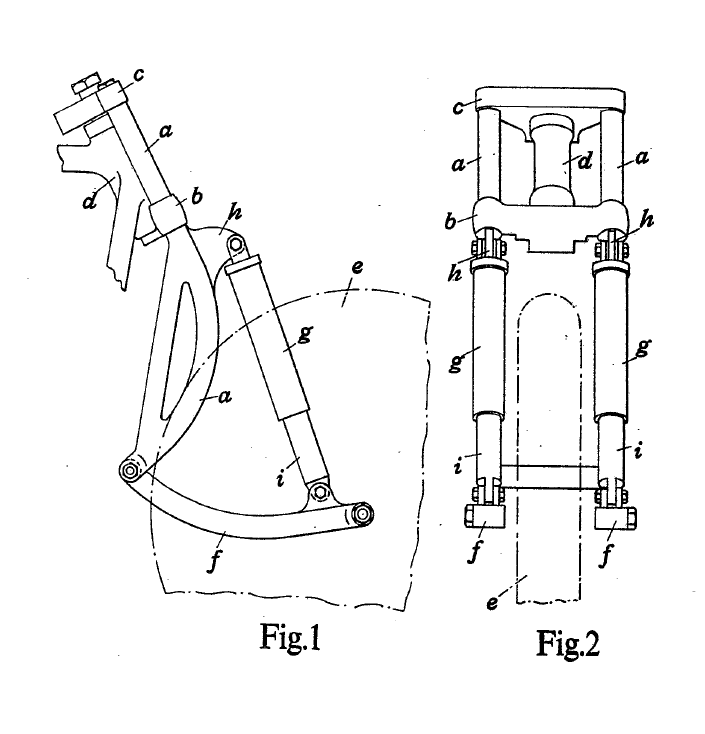 The “sub-fork” which I will refer to as a swing-arm is articulated, and when obstacles are negotiated the swing-arm whos motion is controlled by the hydraulic damper/air spring, pivots thus absorbing obstacles.

Although not specified in the Earles original patent, my interest in the Earles design relates to the range of setups possible in a single design.  This projects goal is to better understand the range of adjustment possible in a package with weight and travel targets relevant to modern cycling applications.  Once a range of setup is calculated using Tony Faole FFE software then the practical work of design and engineering.

Lucky for me there exists a long history of innovators, engineers and designers who have gone to great lengths to explore the characteristics of non telescopic forks and not only document their findings but help develop tools to help others continue the pursuit.

Next time I cover the history, current tools and how they help define the form and shape of things to come.